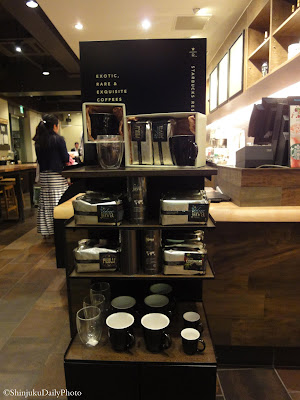 This is the first thing you see when you enter this store,
which underwent renovations and re-opened this February.

Not only does this store have Starbucks Reserve Coffee,
it is one of only four Clover stores in Japan! 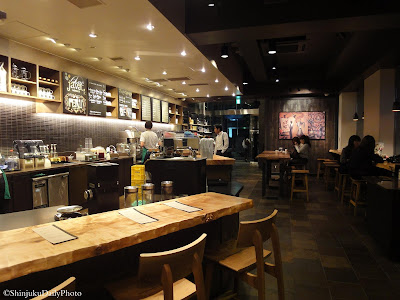 There is an area for coffee cupping as well as regular seats on the first floor. 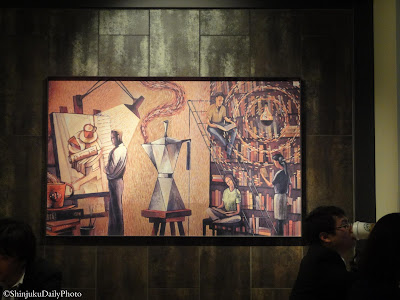 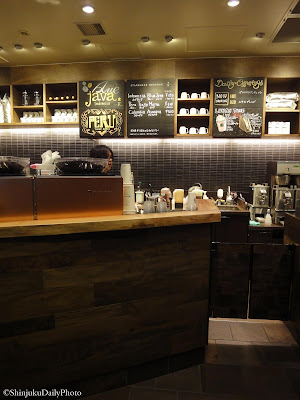 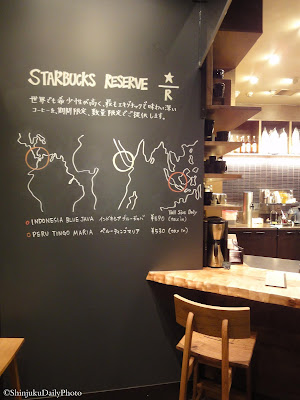 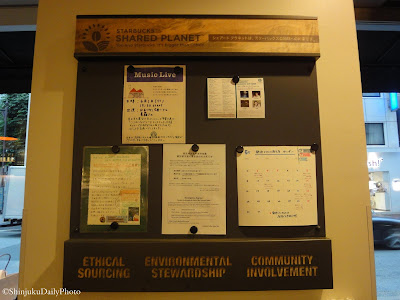 Notice board above the condiment bar. 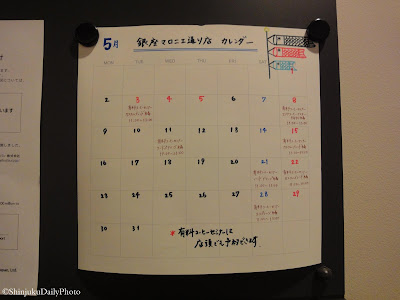 There was even a handmade calender of events at this store. 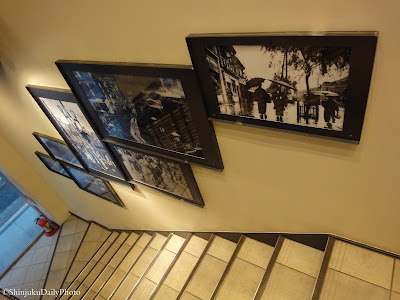 The stairs leading to the second floor was decorated with old photos.
You can see people in kimono walking the streets of Ginza. 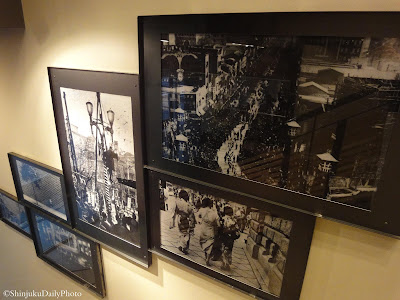 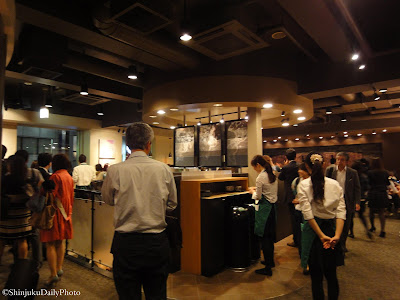 This is the second floor, which is quite a large area.
They had another coffee bar counter here, too. 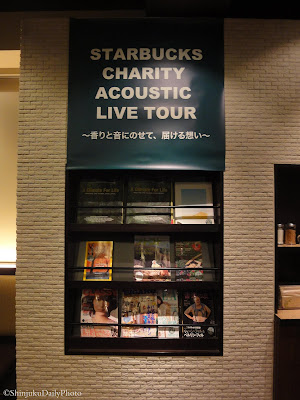 Bookshelf with magazines for you to read. 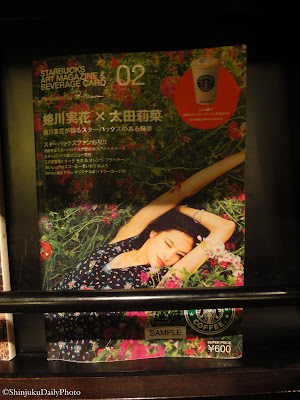 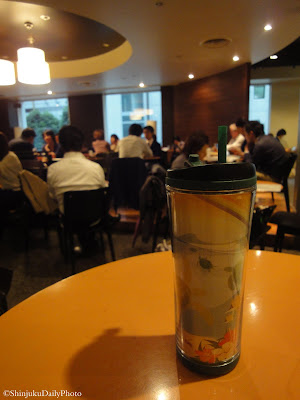 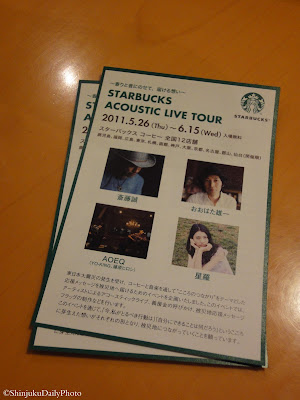 Starbucks Charity Acoustic Live Tour is an event
in support of the people who were affected by the 3.11 earthquake.
These artists are performing and asking for donations
in Starbucks stores all across Japan. 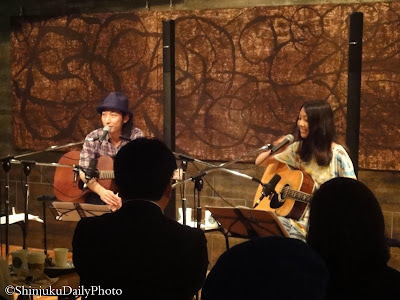 These two musicians were actually getting ready for
a live music event here on the day the 3.11 earthquake hit.
They weren't able to hold the event that day
but both didn't want to cancel it completely,
so they postponed it and came back as part of this charity event.

There's something about acoustic that hits the soul.
They sang their songs together and it was really great.

There were a lot of people who came and many of us were standing. 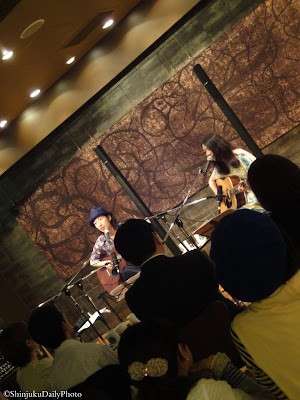 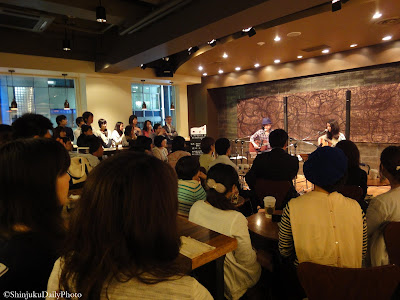 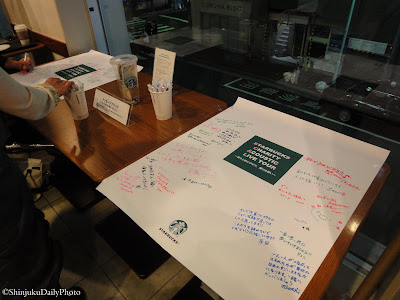 At the end of the event, the baristas asked all the people who came
to write messages for the people who were affected by the earthquake,
as these posters would be sent to the Starbucks stores in Tohoku. 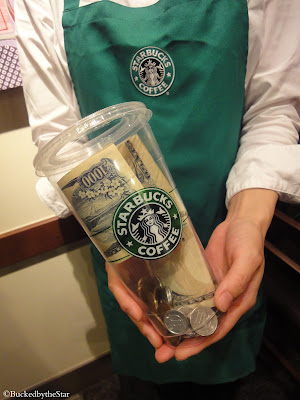 And of course, they had grande size cups for donations,
which will go towards Red Cross Japan.

There are still donations cups in every Starbucks store in Japan.
And if you aren't in Japan and want to help out in some way,
a couple of my Starbucks-loving-friends are doing fundraisers.

Super runner Kevin and his Running to Help Japan fundraiser
(Will be running an ultra-marathon this month!!!)

Amazing biker Dimitri and his Project Biwa fundraiser
(Will be cycling the biggest lake in Japan this month!!!)

I hope you'll check out their projects and support them.
They've both been training very hard and every dollar helps.
Or you could always send them Starbucks love (i.e. VIA)
so they can wake up to train, which they do often!

Thanks so much for reading this really LONG post!