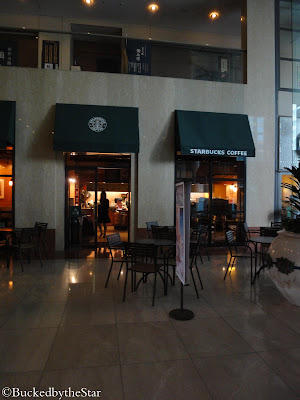 My first morning back to work after the earthquake.
As the trains were not running I decided to walk to work
and stopped by this Starbucks on the way to see if they were open.
Many of the stores in the Kanto area have had to close
or change their store hours in order to accomodate the
mandatory power outage or the lack of merchandise.
Most Sarbucks stores that are open are operating on minimum energy,
as are many other shops and offices in the Tokyo area.
We've been asked by the government & TEPCO to conserve our energy
as it is lacking in the areas affected by the earthquake.
As you can see in the photos, the stores are very dimly lit
and they only served drip coffee in the morning hours. 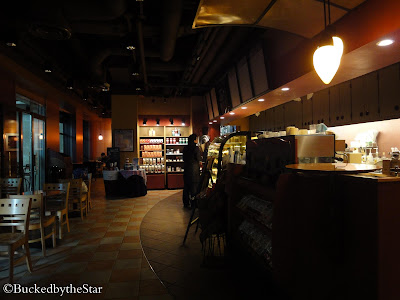 But all this is part of lending a helping had to people in need
and I think it's a great way to contribute.
I've decided that for the time being I will only order short size drinks
so I can also contribute by donating towards the relief efforts.
(Thought to stop going all together but we need to support the economy, too!)
It's been awhile since I ordered this size.
So cute how little it is!
It's about the same size as my adroid cellphone. 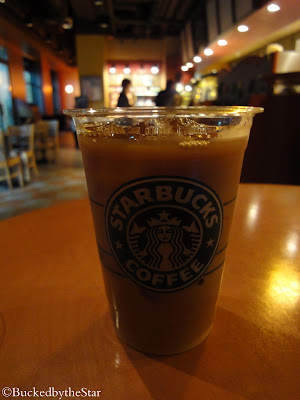 The Starbucks stores may be a little dark
but the baristas there are as warm as ever!
Also here (when the store is lit up) :
Nishi Shinjuku Mitsui Bldg - November 2009
Nishi Shinjuku Mitsui Bldg - March 2010
PS:
If you're looking for ways to help,
you can always donate to the Japanese Red Cross
or to an organization in your country.
I hope you'll continue to pray for Japan.
Thank you so much.
Posted by Kaori at 8:00 AM